All News Videos Gallery
What Are Some Safety Precautions For a Tornado?
May 7, 2018 By Lone Star Safe Rooms
0 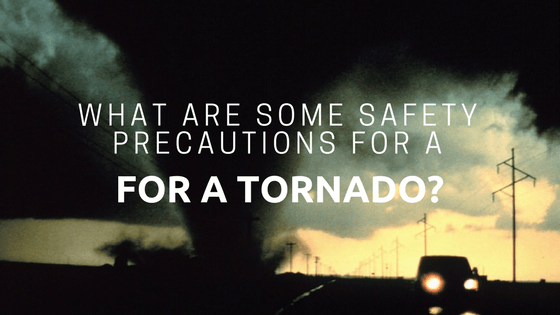 The possibility of a tornado striking used to be confined to springtime, though the evolution of climate over the years has expanded the scope of that span. However, spring remains the most dangerous time of year for this meteorological disaster, so it’s important to know where to seek tornado shelter when one strikes your specific area.

The danger of high winds that can quickly turn debris into weapons of death and destruction. That harrowing prospect serves as a key reason why taking steps beforehand to limit the risk to you and your family is vitally important. Property and other items can always be replaced, something that’s simply not possible for human beings.

Below are some of the chief precautions and protective measures that you should take:

The violent power of a tornado is something that quickly shatters windows. Anyone near a window that believes they’re being protected can be vulnerable to shattered glass, which is why this sort of room works well. Preferably, moving to the interior or hallway of a structure is an important bit of advice, while placing a mattress in front of a window can avoid shards of glass being sent toward you or your family.

Since the likelihood of extended power outages exists, stockpiling things like batteries, a radio and flashlight should be included in this kit. The length of the storm itself and the time it takes for any assistance needed after the storm is uncertain, which is why bringing enough food and water for at least a few days is a wise course of action. In addition, any medicine that someone may need should also be part of this assortment of items.

Those who are living in mobile homes or are attempting to outrun the tornado with the vehicle are very much at risk. Leaving that mobile home or car and finding shelter by lying flat in a low area is a much better choice.

Knowing that a tornado might be on the way can make all the difference in the world, with a tornado warning indicating that one is on the way. Following reports on radio or television is one possibility, though that’s not always possible. Simply looking up at the sky can show darkening clouds that could bring large hail or hearing thunder that sounds like a freight train is a strong motivator to take the proper shelter.

People that don’t have a safe room should head to the lowest floor of a structure, with many homeowners taking advantage of their basement for this purpose. The problem is that basements can become engulfed in water during the storm surge that follows this weather destruction.

That scenario again puts lives at risk, something that safe rooms are uniquely qualified to address. With safe rooms, their construction makes them able to deliver the best defense against massive wind gusts that can literally blow away a house. This sort of tornado shelter can also be built in a variety of areas within a home or office.

In a traditional shelter, entrances can end up being blocked from debris that lands on it during a storm. A safe room is constructed in such a manner to deal with this problem, which allows for air vents and other key aspects to remain viable.

The Best Decision to Make

The good news when it comes to a tornado shelter, Lone Star Safe Rooms has the background and knowledge to give you the protection you need. Constructing a custom-built safe room that’s affordable and built in prompt fashion is what Lone Star’s installation crew can deliver to the company’s valued customers.

A Lone Star safe room is built with sturdy steel, with ventilation available at both the top and bottom of the structure. A lifetime warranty comes with this construction, with financing and a potential FEMA rebate also aiding in keeping your cost in check. Contact us today and let us help you to make sure that you and your loved ones are as protected as possible.